The Big. The Bad. The Bulldog.

Meet the lean, mean driving machine… America’s most badass truck, The Bulldog, is on the loose.

Commissioned by a client who wanted something extraordinarily different, The Bulldog is a customized powerhouse from bumper to bumper. Equipped with a tailored, state-of-the-art non-invasive roll cage and nearly monster-truck heights, the 1972 K50 Blazer is ready for the roughest and toughest conditions. The ochre and white paint with the plaid interior are reminiscent of The Duke mixed with far-out 70’s nostalgia.

With a 550 HP turbocharged 12 valve Cummins and Dynomite Diesel Stage II injectors, The Bulldog has plenty of bark to rev your engines but still purrs like a kitten. With 40” Nitto Trail Grapplers M/T’s and 20” American Force G23 Zero Wheels, the beefy Bulldog is ready to hit the pavement as well as the dirt.

The Bulldog is good old-fashioned American toughness reimagined. It’s what we do.

Truck featured is uniquely customized.  Yours may be customized in a completely different manner. 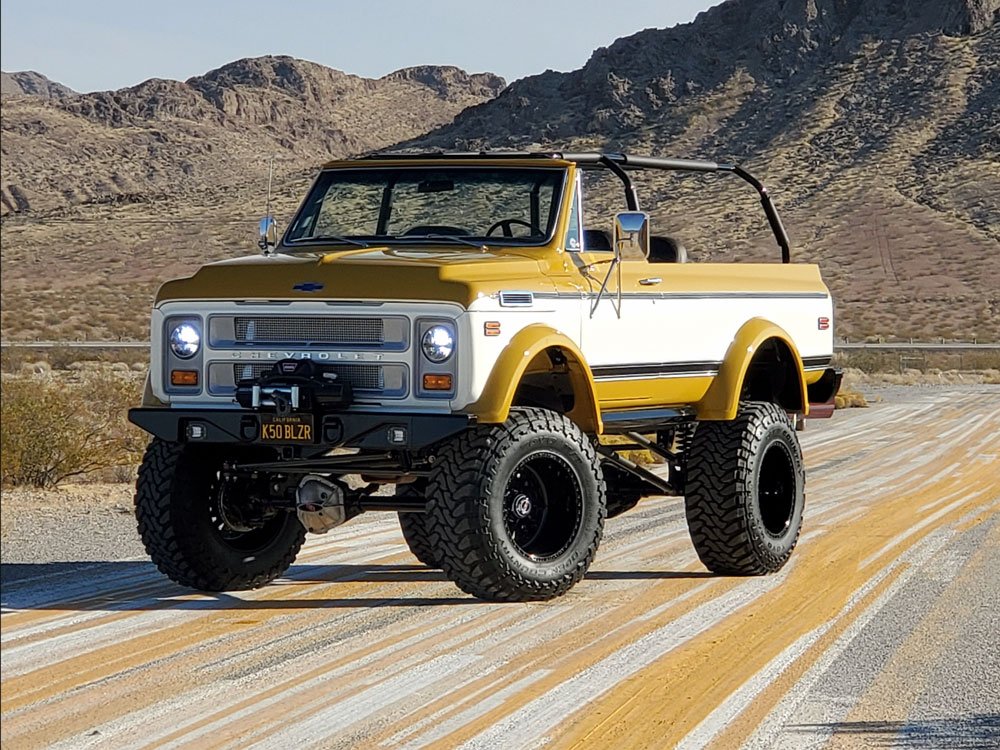 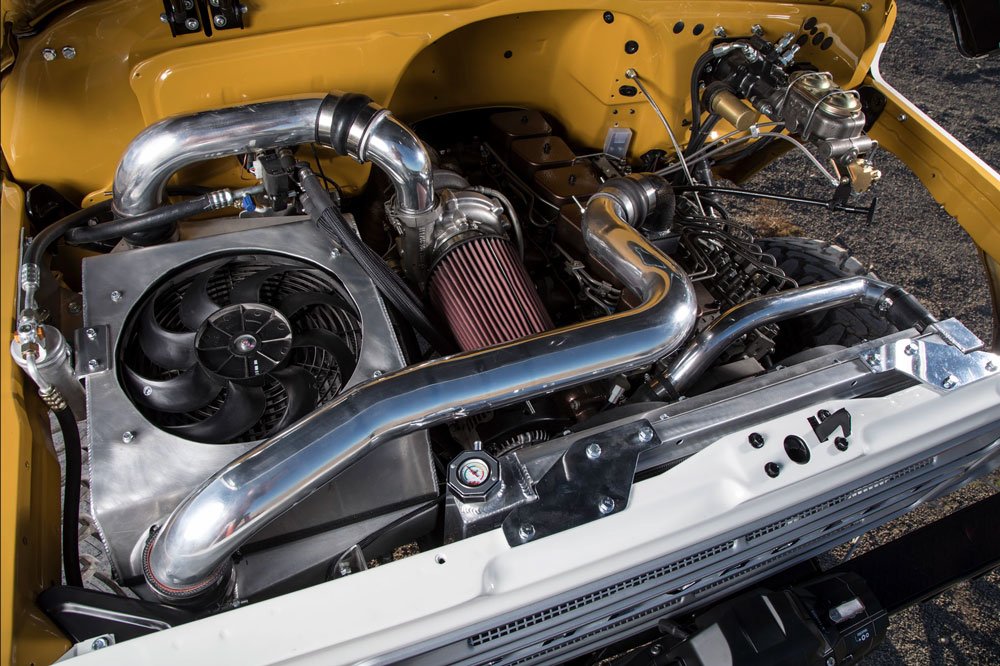 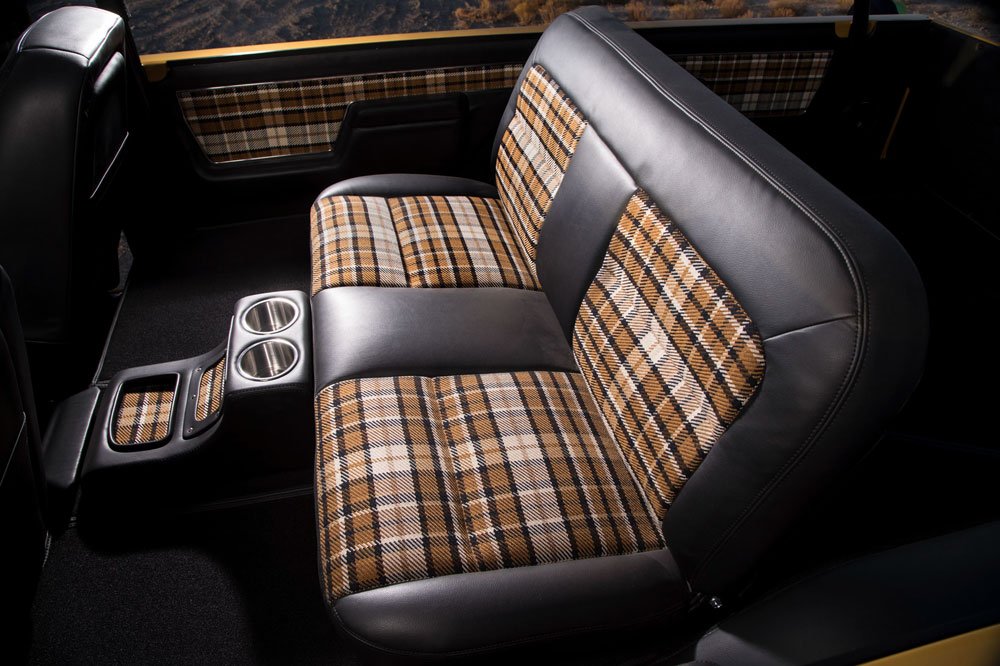 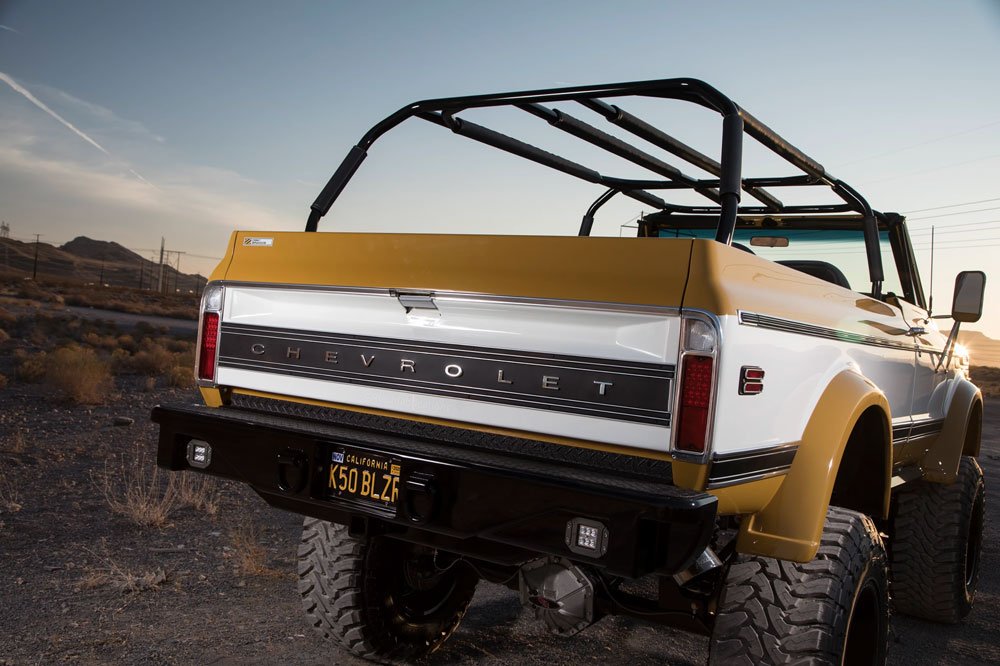 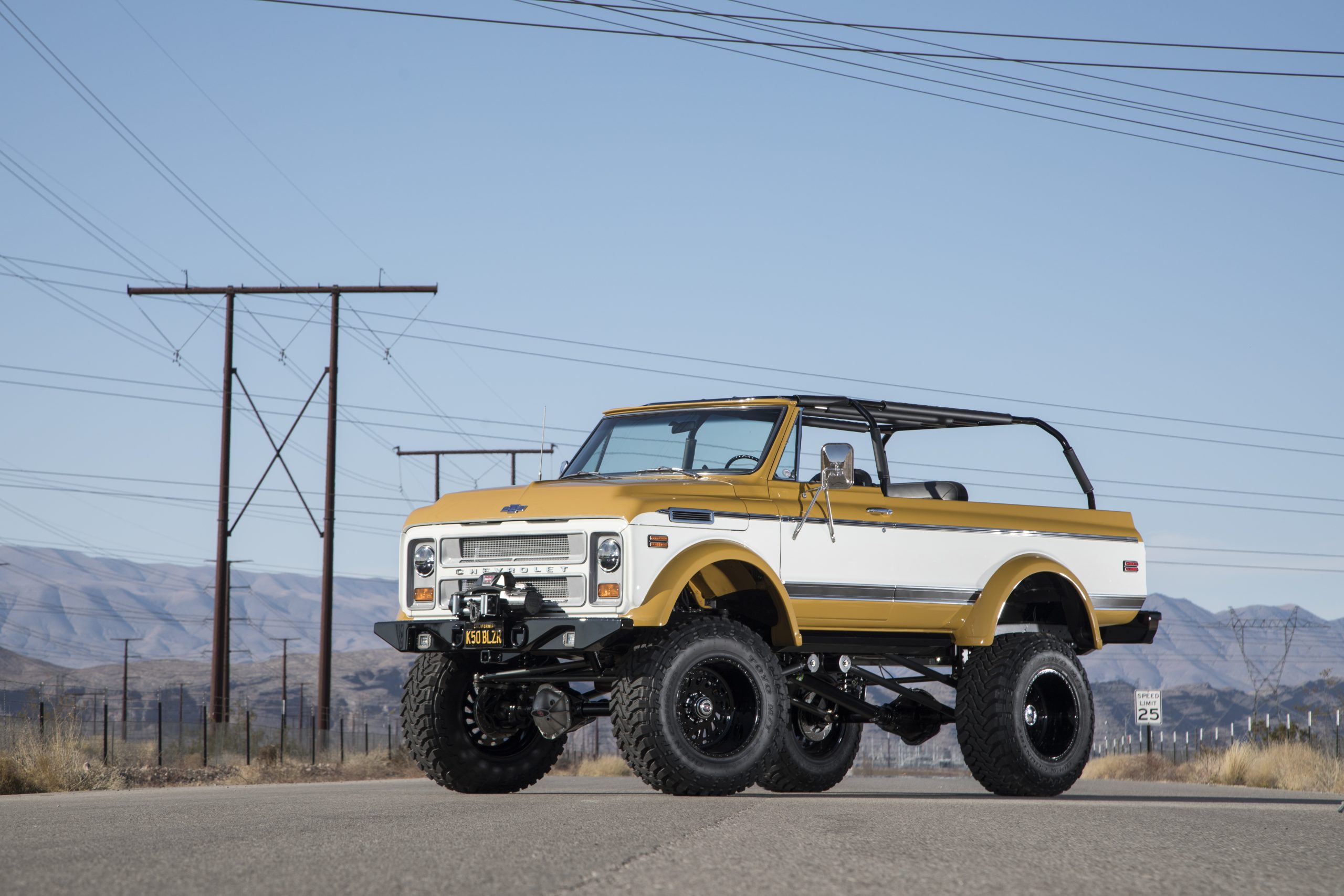 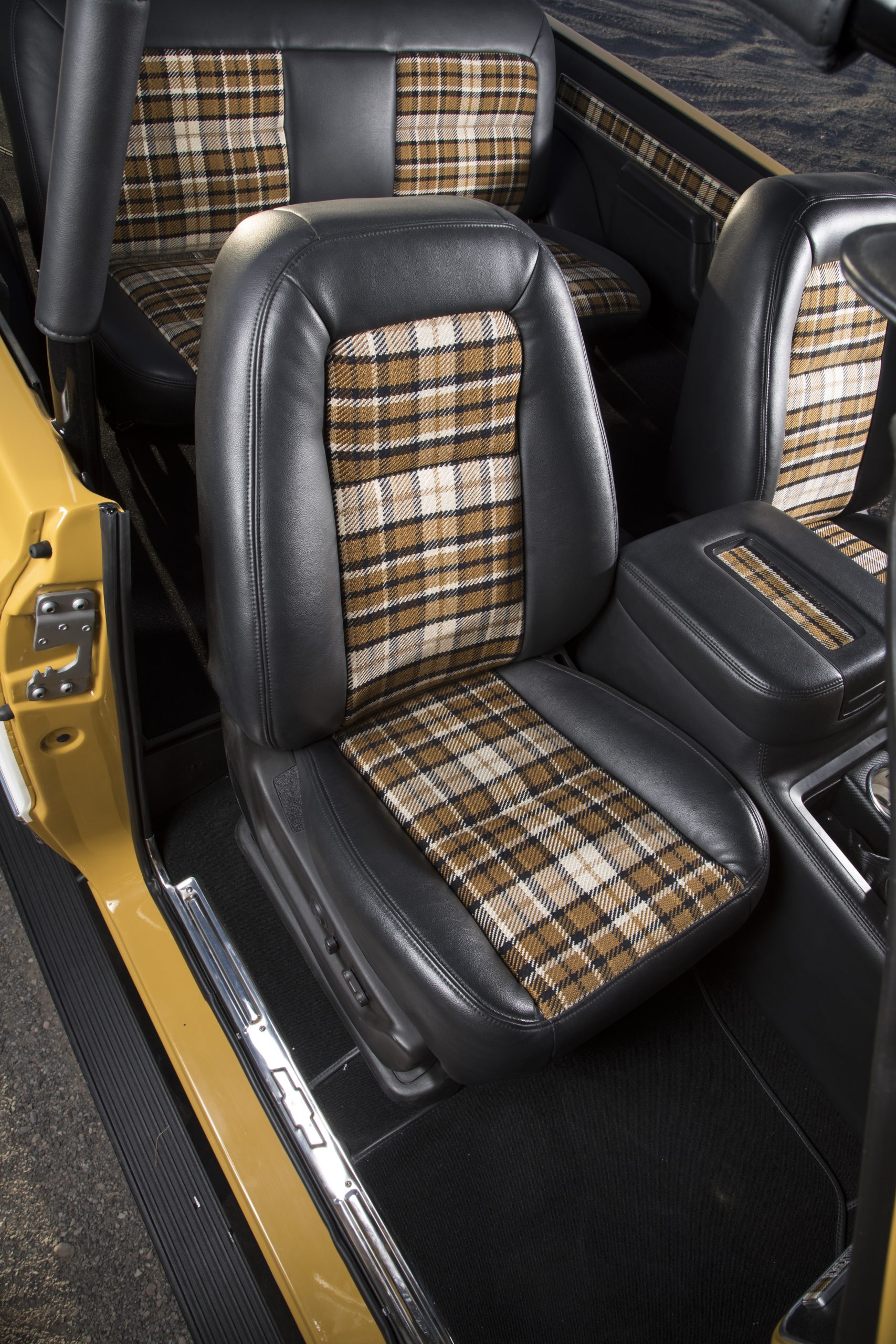 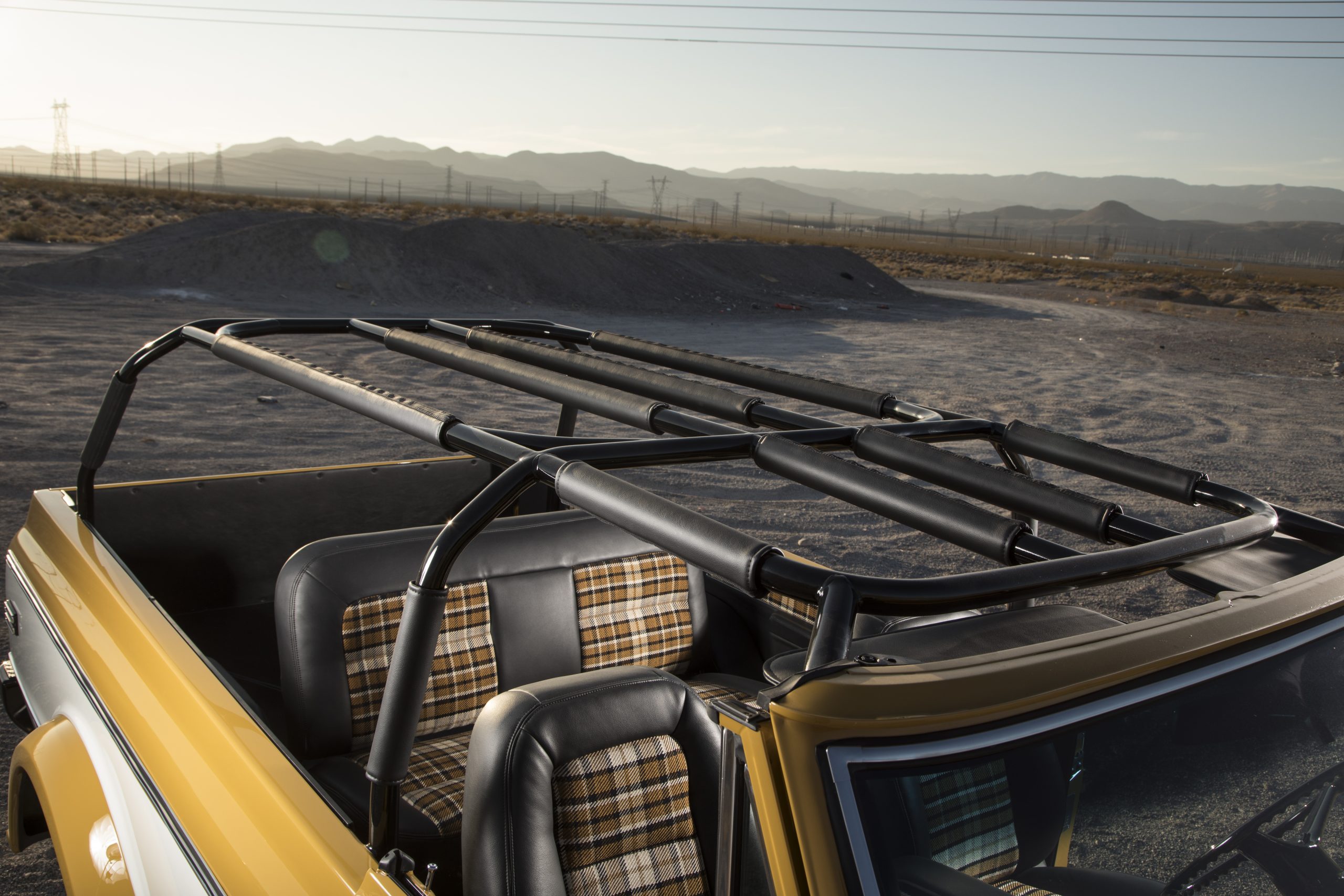 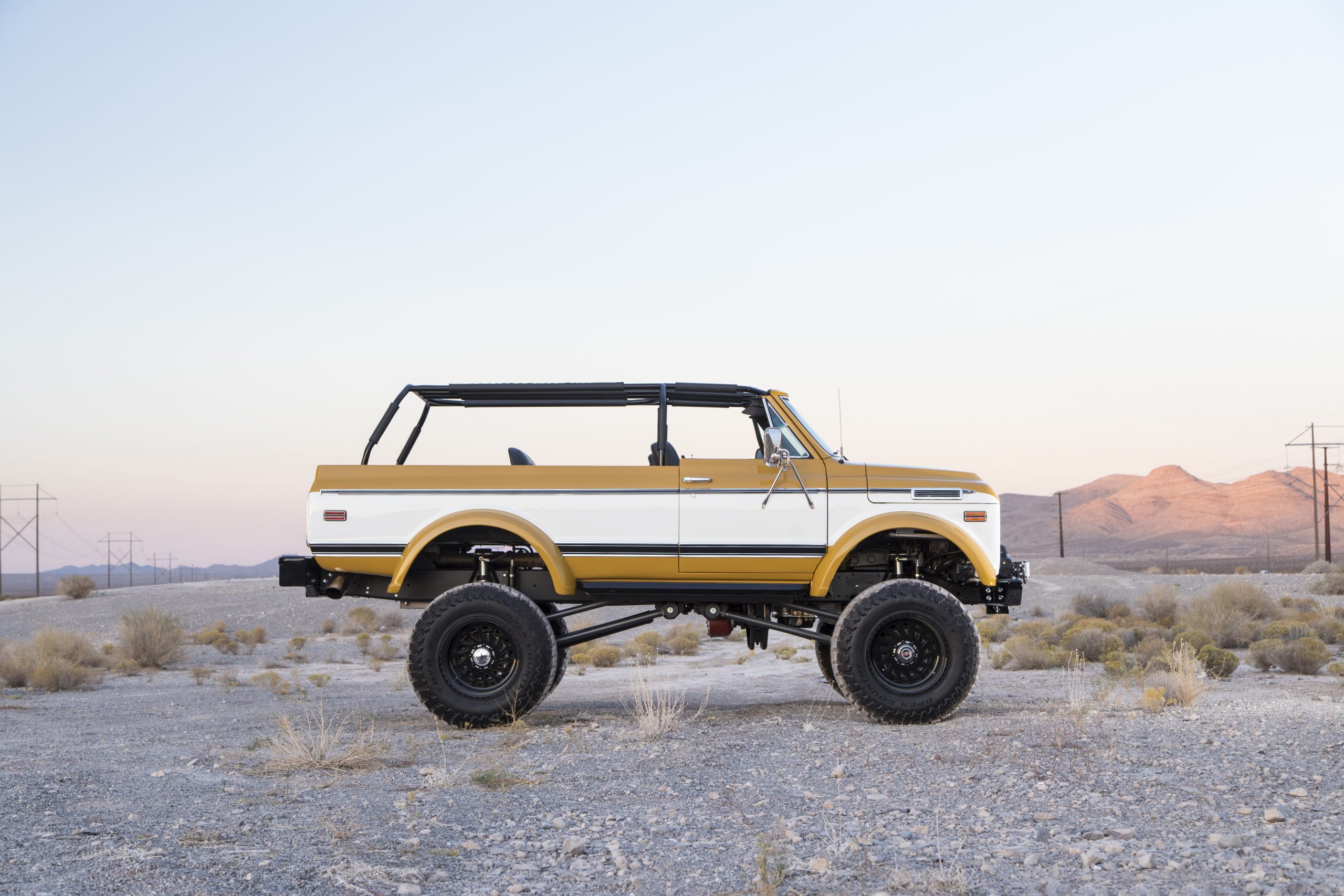 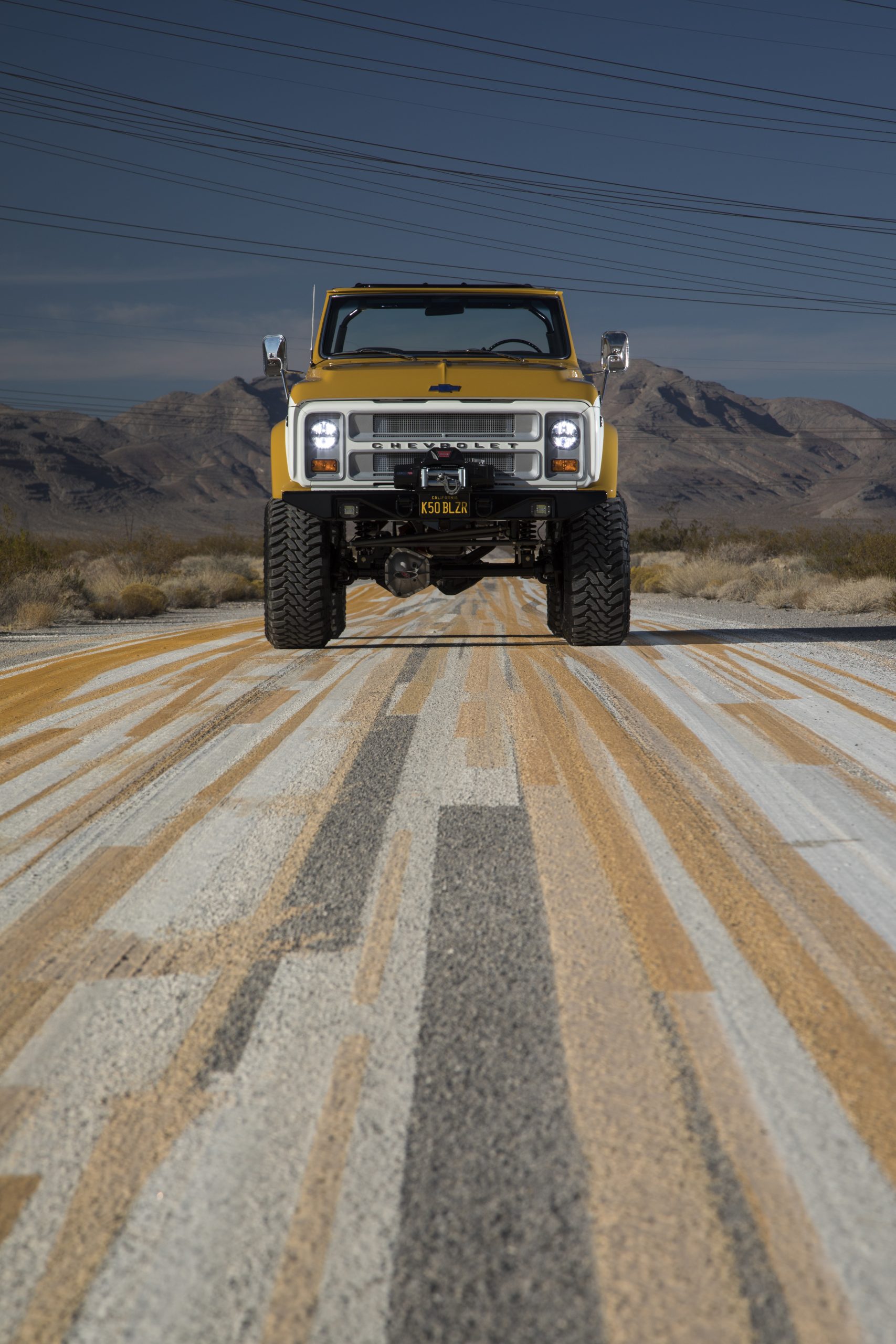